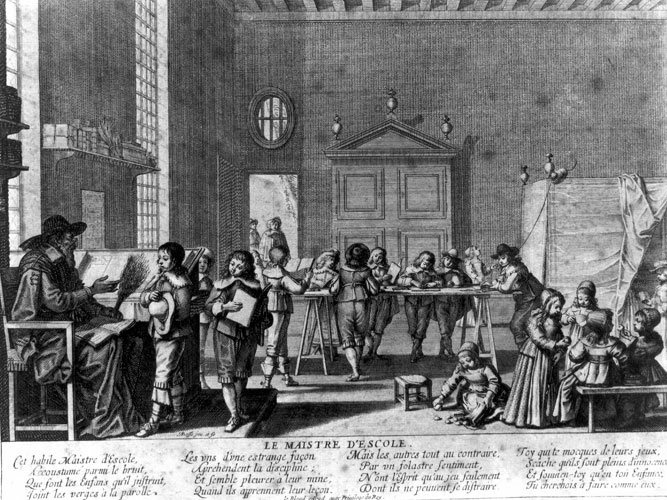 Martin Luther invented universal education—for boys and girls of all social classes—and he started institutions to provide it. Ever since, Protestantism has promoted education–among the urban poor of the 19th century, on the mission fields, and in Christian schools today. Now a British researcher has found that this Protestant emphasis on education is a cultural influence that persists to this day, even in seemingly secularized societies. He found that countries with a Protestant background continue to have higher education rates than Catholic countries or those of other religions.

The science site phys.org tells about the research. From Andy Dunne, Protestantism still matters when it comes to education, study shows:

An ‘enduring historical legacy’ of Protestant religion is still having a significant, positive impact on secondary school enrolment rates around the world, according to the results of a new international study from a researcher at the University of Bath (UK).

Despite nearly two centuries of secularization and a dramatic expansion of government-provided secondary education since the mid-20th century in many countries around the world, the research by Dr. Horst Feldmann—just published in the journal Comparative Sociology—finds that in countries with a historical legacy of Protestantism more young people are attending secondary school.

Looking at data from 147 countries—both from developed and developing countries—the paper studies the influence of historical as well as contemporary Protestantism on education in recent years—specifically the period from 1975 to 2010.

At the start of the Reformation in 1517, initiated by Martin Luther, Protestantism made strenuous efforts to expand schooling. Luther demanded compulsory elementary education for boys and girls from all social classes. Other German Protestants soon developed a comprehensive system of schooling, including a system of secondary education. The German reforms quickly became a blueprint for education across many other countries in western and northern Europe….

Dr. Feldmann argues that Protestantism’s original influence on education and schooling has become part of the national culture in traditionally Protestant countries and in several former British colonies such as Australia and the United States.

Dr. Feldmann statistically controlled for other factors that determine school enrolment rates, such as income per person and demographic factors, to eliminate their effects.

He explains: “In contrast to what many might expect, the Protestant legacy has an enduring effect on secondary schooling—in spite of almost 200 years of secularization.

For the study, go here.

This would be an example of Christianity’s continuing cultural influence, even after its religious observance wanes. There are other Christian inventions—hospitals, universities—which continue to benefit all of humankind. Also distinctly Christian attitudes that can hardly be found in the pagan world or other religions—the importance of compassion (which Plato considered a weakness), care for the poor, peace as better than war, the value of humility over pride, the importance of forgiveness, etc., etc.—which have become staples of humanitarianism, even among atheists. One could note other smaller scale influences, for example, the remnants of the doctrine of vocation in the once-Lutheran territories of Germany and Scandinavia, which continue to have a religiously-tinged work ethic.

Also, Dr. Feldmann also noticed something else: He found that “Protestantism’s traditional influence on schooling has diminished over time and that contemporary Protestantism, in contrast to historical Protestantism, does not affect schooling.”

What are the benefits of being a registered user?